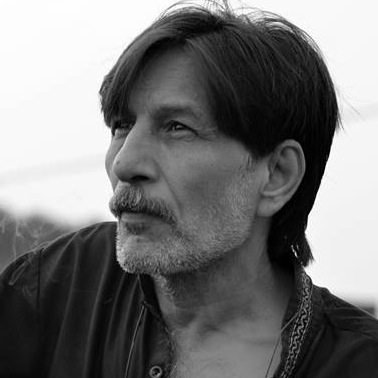 Who and what am I. In all official documentation my name is Saeed Akhtar, in which – because of the harsh sound of the ‘kh’ – I never liked the Akhtar, so when I inclined towards writing, I erased the Akhtar and replaced it with the name of my father. Thus my nom de plume became Saeed Ibrahim. I was born on February 1, 1955, and fate consigned me to Gujranwala, which because of the claustrophobia of my ancestral home, I never liked. In any case, I find such cities particularly irritating where the belly is more important than the brain. I had become addicted to the arts from a tender age. Poets and story-tellers appeared to me to be in possession of prophetic powers, to whom poetry and stories were revealed, and I felt that I could never be worthy of such a gift. Then as it happened, the thought of a beautiful woman in college who was a poet and a writer of fiction, gifted me the power of poetry overnight. The situation was such that I was to sit for an exam in the morning, and yours truly set aside its preparation and busied himself with writing lyric (ghazal). I turned to the nazm only much later when philosophical concepts unlocked my critical powers, and my thought became acquainted with arrangement and sequence. I was always a late starter. I wrote my first essay at the age of 44, and then for ten years wrote continuously for the Lahore monthly ‘Naya Zamana’ (The New Age). Because the colour of rebellion dominated the complexion of my thought, I was the target of much criticism and scorn. During this time, I also briefly wrote columns for the Urdu daily ‘Aaj Kal’ (These Days/Today and Yesterday/Tomorrow), and when the newspaper ‘Mashriq’ emerged from Lahore, I also made some contribution to its editorial pages. If I’m not mistaken, it was in 2006 that I had the opportunity to participate in Geo Tv’s programmes ‘Alif’ and ‘Ghamidi.’ It was extraordinarily surprising for me to find myself sitting opposite the very imposing personalities and experts of religion, society and philosophy who I used to watch wide-eyed on the tv screen. These ten or twelve programmes are to this day are an important reference in curriculum vitae, which help to camouflage my lack of learning. As far as being a graphic designer is concerned, I haven’t done anything of note yet, since all my work has been mercenary. The desire to paint sometimes raises its head. I tell myself that once I have provided for basic necessities, then I will set out to explore this landscape. So, Madam, this is my purported introduction. I leave it to you to do with it as you will. 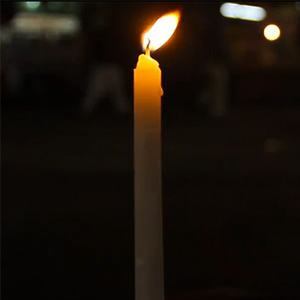